The Video Matrix I designed has been completed and integrated together with a raspberry pi and user interface.

The software was made by Martijn PB0NER and the milling of the case was done by Terence Theijn. Final assembly also by Martijn.

When I built the fist prototype, I sent Martijn the data sheet of the used IC. The code he sent back was put on my raspberry Pi, and after some quick configuration, the basic functions worked straight away!
The Pi also doubles as test image & slideshow generator.

Martijn sent me these pictures of the finished matrix and it being installed in the rack of Herman PB0AHX.

I will publish some details here soon, and maybe write up an article.
Quick specs: 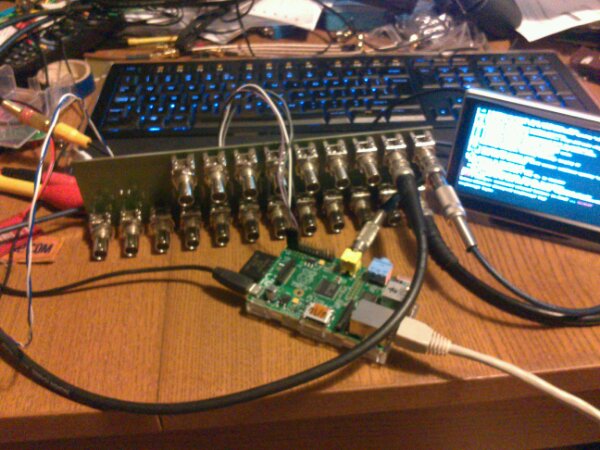 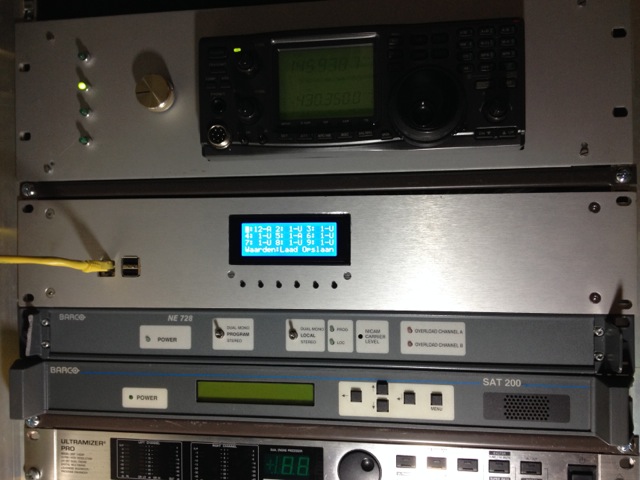