The CanSat launch day was a partial succes.
Everything that had to go up, did go up. But due to various weather delays and some delays out of control of the CanSat organisation, we could not launch the 4th CanSat launcher. We had to send home five extremely disappointed school teams, and that is a very hard thing to do. They will fly on an additional launch day later this year.

The 3 CanSat launches that did go up were all very successful. All hatches opened and all CanSats ejected from the rockets.

Due to myself being occupied helping the teams, tracking the CanSats and keeping the power grid going, I could not take pictures of the actual launch. Now cleaning the equipment @ home 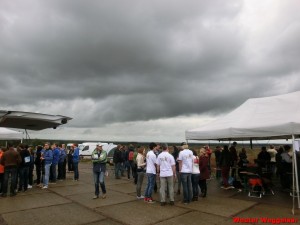 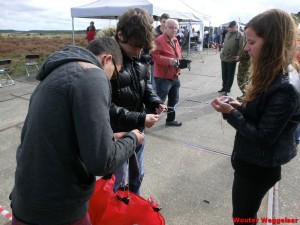 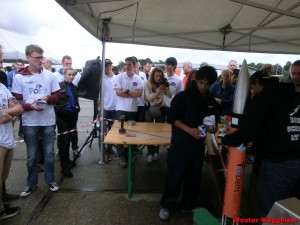 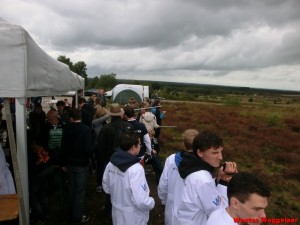 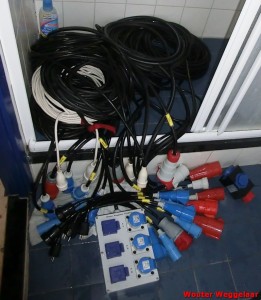