21st of November marked the 2nd anniversary of FUNcube-1 in orbit!
The team celebrated in various ways, and we also had a conference call with the majority of the team involved, recalling some particular events in the development, launch and operations so far.

All telemetry sensors continue to provide valid data, and we only had three unexpected “events” since launch. Two of these we believe to have been caused by noise of the command receiver being incorrectly interpreted as a command and only one appears to have been caused by a RAM error. The battery is really healthy and the solar panels continue to provide ample power. 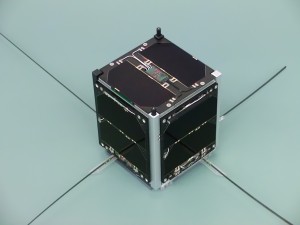